Migrations have to be considered as essential, persistent, and significant factors of societal change. Motivations and causes for migrations (e.g. internal, international or transcontinental) – be it voluntary or forced, temporary, seasonal or permanent – are multifaceted and complex. The project “Austrian Migration to Canada” comprises various types of migrations such as economic migration processes of Jewish and non-Jewish Austrians (e.g mass migration movements prior to World War One or in the post-World War Two period) as wel l as forced migration of Jewish refugees between 1930 and 1945 and further includes resettlements of displaced persons and refugees in the aftermath of WWII via Austria (that functioned as transit country in the post-WWII period).

Furthermore, the study includes temporary migrations as well as return migrations, which is a topic that had been overlooked for a long time in migration research that now gains increasing awareness. The research approach on the subject matter is twofold: It is the aim to improve acquaintance on legal possibilities and the practice of transatlantic Austrian migration (permanent and temporary) as well as the interaction of authorities of the nation states concerned against the historical background in post-war Europe (mainly based on archival material). Ample attention in the research will be given to the individual level by studying the experiences of migrants and the effects of transnational migration on a biographical level. This part of the study will be carried out by means of a cultural studies approach, which includes analysis of historical memory drawn from a number of oral history interviews. Hence, relevant interviewees for the study are:

c) Austrian return migrants who after a certain amount of time in Canada moved back to their place of birth. 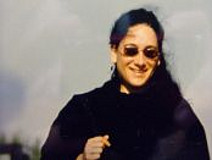