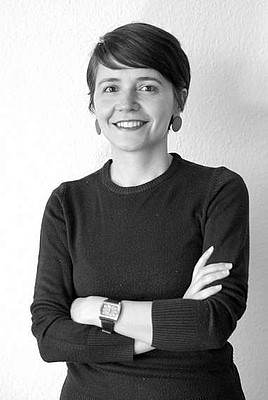 Gülay Türkmen is a political sociologist examining how macro-scale historical, cultural and political developments inform questions of belonging and identity-formation in multicultural societies. Her research interests stand at the intersection of politics and religion, as they relate to questions of identity, migration, diversity, and citizenship.

Thereby, her research focuses on how religious, ethnic and national identities intersect, intertwine and compete with each other in different political and social contexts. She also conducts research on cultural politics of nationalism and national identity formation through a comparative-historical lens. She mainly employs qualitative methods, such as interviews, participant observation, historical institutional analysis, and discourse analysis. In addition to academic publications she occasionally writes opinion pieces for non-academic outlets.

Gülay Türkmen received her PhD in Sociology from Yale University in 2016. Currently, she is a postdoctoral researcher at the University of Graz's Centre for Southeast European Studies and a visiting fellow at the Max Planck Institute for the Study of Religious and Ethnic Diversity. Her book, Under the Banner of Islam: Turks, Kurds, and the Limits of Religious Unity, came out from Oxford University Press in February 2021. For further information about my research please see her CV.