The city is a complex habitat for humans. Here, society represents itself and can be explored: in an immediate and tense relationship of individual freedom to social regulation and thus in an (always conflictual) dynamic that changes society. As part of a city-space-cultural analysis, I propose three interacting levels of observation that can be described in terms of spatial theory. Firstly, the city may be understood as the sum of its inhabitants, i.e. as a plural everyday living space encompassing a variety of social spaces. Secondly, the city is a discursive, i.e. much discussed space where economic and political interests are articulated, and relations of power and inequality emerge. And thirdly, cities are concrete, three-dimensional, constructed spaces that materialise by architectures and infrastructures the traces of the social, the economic and the political.

The starting point of empirical cultural analysis is the human being. In his actions (agency), experiences, attributions of meaning (discourses, representations) and spatial conditions interact in their respective historical determinations. This means that all three areas and perspectives interact with each other semiotically in a trialectic way. Through their actions men and women create culture and make society. This understanding of cultural anthropology is based on a concept of culture motivated by action theory, the way i.e. Orvar Löfgren outlines it with the term “culture building”:

»I have argued in favour of a cultural analysis in which the focus is on the processes which produce, reproduce, and change culture in society. I have used the term culture-building as a label for this study of the dynamics of culture. Culture-building is an ongoing process found in all social groups […].” It is “the creative element in the way people handle their culture. Culture-building is usually a non-conscious affair. People seldom view themselves as culture-builders in their everyday task of integrating new experiences or giving new meaning to old experiences.«

The space is an obvious, vivid and flexible model of imagination. Thinking as well as physical feeling take place spatially framed, cultural socialisation takes place in spaces through which individuals grow into social group structures. My methodological approach to space enables a thinking together of different levels: individual and social, local and global, material and immaterial ‘levels’ can be described as a configuration in their space-taking and space-encompassing interweaving. In addition to this heuristic effect, there is another gain of a methodological nature. Space as an observational category of empirical cultural analysis enables to depict culture as a process by showing old and new social spaces as dynamically interacting constellations. It is a polycentric, open space in which different cultural presents get in touch each other. Here the preliminary developments are at home: hardly limited, fixed or territorialized developments – i.e. cultural change itself.

The main benefit of the category of space lies in its value as an auxiliary construction to the organization and conceivability of the social world. As a theoretical instrument and model of thought, 'space' is capable of depicting coexistence, interconnectedness and simultaneity of individual action as part of social processes and thus part of the constitution of culture. (Rolshoven 2013: 139f.)

Cultural Studies understands itself not less as a scientific discipline than as a cross-disciplinary network and intellectual project with a political claim. Committed to interpretive and critical methodologies, they adopt a complexity-based approach to questions, conflicts and problems that arise in a specific social context. “Cultural Studies in Architecture", initiated in Switzerland in 2006, invites architecture and cultural studies to draw closer to one another in order to collaborate in the context of projects, events, publications and other media. Thematically, they move in the field of man–society–built environment. They deal with uses of urban-space that refer to strategies, locations and ways of perception referring to built environments in their complex, interwoven social conditions. Through a critical-reflexive discussion, research and design practice, they deal with architecture and housing, with spatial and urban development.

Scientists, artists and civil society actors who feel connected to the project of Cultural Studies beyond disciplinary boundaries negotiate and design in a transdisciplinary space of thought at the interface of disciplines, cultures, science and politics. The project is open enough to make a living from being continued, questioned and developed in different and changing contexts.

The crisis of contemporary city manifests itself in social transformation processes, in politics and discourses. Internationalization, individualization, growing social inequalities, and immigration are bringing about a change in meaning from “urbanity” and “the public sphere”, as well as a reactive shift from the political to the cultural.

Symptomatically, these changes can be examined using the example of European urban politics since the 1990s, in which a “speech on cleanliness, order and security” (SOS) entails political measures and legislative changes that intervene in the basic democratic structure of cities and can be read as the staging of a public morality – such as views of a ‘healthy’ community. In concrete terms, these are measures that manifest themselves, among other things, in so-called signposting ordinances, para-police patrols, waste policies, electronic surveillance systems, or in urban planning concepts of architecture and planning where openness, transparency, and “cleansing” are central.

The semantics of urban space, in which city dwellers move in an action-oriented, thoughtful and communicative manner also conveys the double meaning of “cleanliness” and “cleansing” via the concepts of security, order and cleanliness. It ultimately naturalises and legitimises repression measures. The culturally anthropologically committed conclusion from these studies leads to the plea for a concept of public that defends the understanding of public space as a “space of freedom between people” (Hannah Arendt) [i], as a space of encounter and communication[ii], and trains an understanding of planning as “eye levelled”[iii] of a historically shaped everyday perception.

ii] See Dieter Läpple: The Dissolution of Urban Structures and the Reinvention of the Urban. In: Franz Oswald / Nicola Schüller (Ed.), New Urbanity. The Merging of City and Landscape. Zurich 2003, 147-169, 148. Läpple interprets "the 'crisis of the city' above all (as) a crisis of thinking about the city and thus (as) a crisis of contemporary urban planning and urban politics".

Since the first decade of the 21st century, the concept of an Open City has been much discussed in planning and architecture, but also in the cultural and social sciences. The empirical debate in critical cultural studies develops it as an empowering concept inviting to engage in the opening of cities and society and to become aware of current processes whose urbanistic and legislative implications mean security and order for some, uncertainty and defamation for others. It leads to a cultural close-up view, a close look and listening as much as to civil society spatial and social negotiation processes that challenge anew each generation and stand for a pluralistic society.

Ethnography is endowed with the gift of seismics. From current urban research with a floating attention in social observation, one can read out and decipher emerging phenomena and what is to come. White fields in the urban discourse become recognizable and can be problematized. In recent years, this approach has led me, firstly, to the outskirts of cities and their inhabitants, and secondly, to the amnesies in urban history and their consequences; thirdly, I was led to reflect on the non-European city, and finally to make attempts at a perspectivation of city’s future. This is where political anthropology and postcolonial urban research meet. I am currently – in the port cities of the Mediterranean region – embarking on a search for the functioning of the non-state cosmopolitan city. 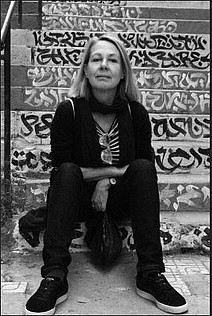