Professional career: Christian Brünner is professor emeritus of Public Law at the Institute of Public Law and Political Science at the University of Graz and visiting lecturer at several colleges and universities. From 1983 to 1985 he was dean of the Faculty of Law, from 1985 to 1989 rector of the Karl-Franzens-University of Graz and from 1987 to 1989 chairman of the Austrian Rectors’ Conference. He also held various political functions. Inter alia he was member of the Austrian National Parliament from 1990 to 1994 and member of the Styrian Regional Parliament from 1996 to 2000 as well as chief whip and chairman of the party “Liberales Forum (LIF)”. As chairman of the Austrian Rectors’ Conference and as a member of the National Parliament, he pursued the establishment of universities of applied sciences in Austria. For more comprehensive information concerning career, list of publications, main fields of research and list of functions see two libri amicorum (Festschriften), the most recent one with the title  “Bildung, Wissenschaft, Politik – Instrumente zur Gestaltung der Gesellschaft”. Wien-Köln 2014, edited by Werner Hauser and Andreas Thomasser.

Space and space law related functions:  In 2001 he founded the Austrian National Point of Contact (NPOC), European Centre for Space Law (ECSL) within the European Space Agency (ESA), which he chaired until 2009. He has been a member of the ECSL-Board since 2003. Since 2006, he has also been member of the International Institute of Space Law (IISL) and since 2012 member of Section 4 “Social Sciences” of the International Academy of Astronautics (IAA). He has been a member of the IISL election committee since 2012. Since 2001, he has regularly been serving as a member of the Austrian delegation to the United Nations Committee on the Peaceful Uses of Outer Space (UNCOPUOS). On the basis of an agreement with the Austrian foreign ministry, it is possible for students to take part in the sessions of the Legal Subcommittee.

In addition, he has written several articles on space law.

Space law teaching: He teaches space law at the University of Graz and is a guest lecturer at the ECSL summer courses as well as the International Space University.

It is important for him to raise public awareness of space, space law and space policy through presentations, especially interviews, in the media, in educational institutions, societal associations and politics. 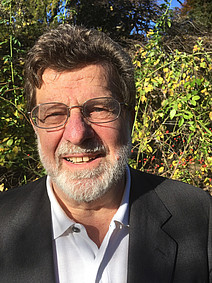 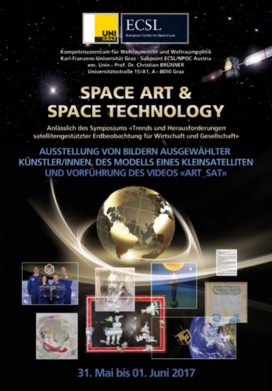