I am interested in the evolution and function of nervous systems, and how they organize behavior. I focus specifically on the nervous system of insects because of the special experimental advantages they provide. Using the acoustic communication system of various groups of insects, I relate the behavior of animals to the functional capacities of individual sensory cells and central neurons.
Moreover, I realized the necessity of investigating acoustic communication of animals in their natural habitats, as field conditions differ substantially from the controlled laboratory environment. As a result, the purely neurophysiological and neuroanatomical approach I previously adopted has been accompanied by questions concerning sensory ecology, and I developed methods to study sensory processing and behavior directly in the natural habitat of the animal under investigation.
A main focus of my current and future research is the continuation of combined field and lab work with the central question of how the nervous system of a receiver in its natural habitat can (i) perceive the signals, (ii) distinguish between conspecific and heterospecific signals, (iii) recognize the quality of an individual sender based on small signal differences, and (iv) use this information for mate choice. I anticipate such functions will delineate the frontiers of the processing ability of simple neural networks which comprise relatively few peripheral and central elements.
The significance of this set of questions greatly exceeds that of the acoustic communication of a single taxonomic group of animals, because the problems of signal detection and recognition are similar for the sensory systems of all species, including humans. Moreover, the application of these questions to an insect model is potentially rewarding because of the diversity of experimental research as well as the diversity of communication strategies present within the insects. 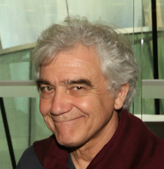