Academic education at the Karl-Franzens-University in Graz:

07.06.2004 Graduation in Zoology with the master thesis: “Neuronal basis for the spatial orientation in the bushcricket Leptophyes punctatissima“ supervised by Prof. Heiner Römer.

11.03.2009 Award of the degree “Dr. rerum naturalium” with distinction. Thesis title: “Sensory bias in the auditory system of crickets”.

09. 2009 – 08. 2011 “Newton international fellowship” funded by the Royal Society. The project aims were the analysis of the sensory-to-motor interface for phonotactic behavior and the neural mechanisms underlying temporal pattern recognition in the cricket brain.

09.2011 - 07-2012 Follow-up -funding by the department of Zoology at the University of Cambridge and the British science foundation BBSRC to continue the successful ongoing research.

University assistant position at the Karl-Franzens-University in Graz:

10.2012 – 09.2017 Research on signal detection and pattern recognition in sympatrically communicating katydid species as well as teaching in several practicals.

May 2009: “Newton International fellowship” Grant by the Royal Society in the UK 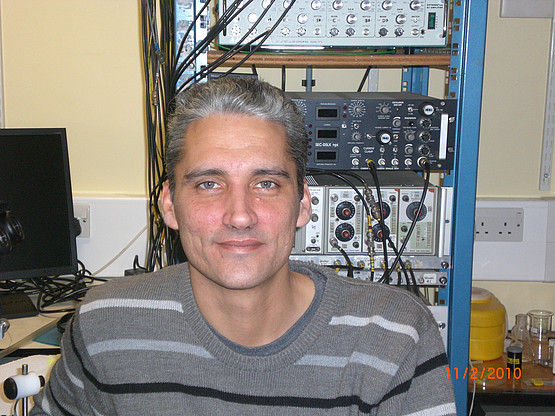