I am a postdoctoral researcher in economics at the Graz Schumpeter Centre of the University of Graz who specializes in agent-based modelling and computer simulations. I currently work on a project on Agent-based Economic Epidemiology, which is largely based on my Covid-19 research (see below) and funded by the Austrian science fund FWF with ca. 400,000€. I have recently finished my PhD in economics (with distinction), and I am proud to have received the EAEPE Herbert Simon Prize 2021 for my paper Covid-Town: An Integrated Economic Epidemiological Agent-based Model from the European Association for Evolutionary Political Economy. I have recently visited the University of Bamberg, where I taught a PhD level course on agent-based modelling of political polarization, as well as the Scuola Superiore Sant'Anna (Pisa) and the Università Cattolica del Sacro Cuore (Milan).

You can find my CV here.

I am especially interested in studying contemporary phenomena, which is why I started to investigate the Covid-19 crisis following its onset in March 2020. In particular, my research on this topic can be attributed to three areas:

My PhD thesis focusses on modelling innovation, inequality and polarization. The first paper of this paper, written jointly with Timon Scheuer, was published in Computational Economics. In a recent working paper called "Growth, Concentration and Inequality in a Unified Schumpeter Mark I + II model", I developed a rather simple agent-based model that unifies salient features of the so-called Schumpeter Mark I and Mark II model and show edthat it is capable of reproducing prominent stylized facts of economic development since the 1980s, such as the increase in market concentration and inequality and "declining business dynamism". In the final paper of my thesis, Opinion Dynamics with Conflicting Interests, I developed a simple agent-based model of political economy to model a co-evolution of opinion formation, political decision making processes and economic outcomes.

I am also interested in the history of economic thought and do not shy away from using "old" ideas with "new" methods. I am Co-Translator of Schumpeter's Capitalism, Socialism and Democracy (first complete German edition) and used to work as Editorial Assistant of the European Journal of the History of Economic Thought. I have acted as a peer reviewer for BMC Medical Informatics and Decision Making, Computational Economics, Journal of Economic Growth, Journal of Evolutionary Economics and Metroeconomica. I am teaching public finance and agent-based modelling, and have teaching experience in the history of economic thought. I am active on Twitter as @Patrick_M_Econ. 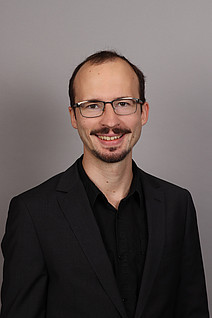