Michaela Wolf is Associate Professor of Translation Studies at the University of Graz, Austria.

She trained as a translator and interpreter (Italian and English) at the University of Graz, taking her B.A. degree in 1977 and her M.A. in 1979. After working in several companies as a translator and interpreter, she began her Ph.D. studies at the Department of Romance Philology and took her Ph.D. in 1986 (Renaissance literature; Italian and Spanish).
Between 1987 and 1991 she worked in an Austrian Scientific Fund project on the manuscripts of linguist Hugo Schuchardt (1842-1927) and as a librarian in the Manuscript Department of the Graz University Library. In the 1990s she worked on several development cooperation projects in Latin America (Brazil, Nicaragua) and taught Development Studies in various universities. She carried out extensive research in countries including Italy, France, Spain, Portugal, Latin America, India and Canada.

In 1990 she joined the Department of Translation Studies, University of Graz, as a lecturer and in 1992 was appointed as a senior researcher. Since 2001 she has held a full-time research and teaching position at the University of Graz. Her postdoctoral research, completed in 2006, was dedicated to translation and interpreting activity in the Habsburg Monarchy (Die vielsprachige Seele Kakaniens. Übersetzen und Dolmetschen in der Habsburgermonarchie 1848-1918, Cologne 2012). In 2013, she served as Chair Professor of CETRA.

Michaela Wolf has been retired since 1 October 2020.

Areas of teaching and research are the sociology of translation, aspects of cultural studies in translation, translation history, feminist translation, translation and migration/exile. Presently her research focuses on interpreting and translating in Nazi concentration camps and on the communication between the interbrigades during the Spanish Civil War. She has been a visiting professor in various universities and until 2012 was co-editor, with Kate Sturge, of the journal Translation Studies, published by Routledge. She is also the editor of the book series "representation - transformation. Translating Across Cultures and Societies", published by LIT, Münster and Vienna, and serves as a member of several Advisory Boards. Since 2019, she is co-editor of the series "Routledge Research on Translation and Interpreting History" published by Routledge. 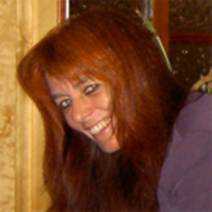