Directors: Barbara Reiter and Allison Ruda.
Produced by Yellow Kitchen in Cambridge, MA, USA, in the spring of 2001.

Significance is an experimental documentary about the meaning of the 30 articles of the Universal Declaration of Human Rights in everyday life. It combines the commentaries of more than 30 persons - lawyers, philosophers, teachers, artists, workers - with pictures from our daily family life in New York in the winter and spring of the years 2001 and 2002. Its stars are Norman, the doorman of our house, and Charlotte, our 2,5 year old daughter. The film follows these two through their day, from dawn to bedtime. 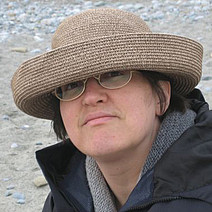