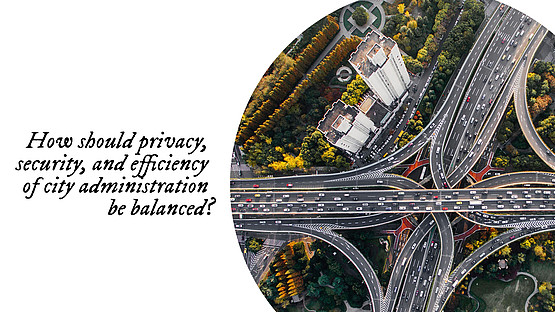 In this seminar we turn to the relationship between law and technology in urban environments. The seminar is apt for future careers in the growing sector of local and city governments as well as in tech companies active in cities.

Technology has transformative power – and this is generally a power for good. To rein in new technologies’ potential, we must think if and how to regulate them: through industry-wide codes of conduct, other soft or hard law mechanisms, co-regulation or perhaps through code itself. We should think hard so as not to overregulate – lest we stifle innovation; but we should think harder not to underregulate – lest we lose our personal freedoms.

We discuss with guest lecturers from law schools around the globe relevant case law, the institutional legitimacy of the judiciary, administrative agencies and other supervisory (non)elected bodies within law and technology.
Find out more

In 2006, the Rockefeller Foundation hailed the twenty-first century as the “century of the city” and in 2013 Benjamin Barber wrote “If Mayors Ruled the World”. With UN projections for 68 % of the world population to live in cities by 2060, urbanization is here to stay. What does this mean for the law? Do we need to carve out more space for city power under administrative or constitutional law and are cities to be recognized as subjects of international law? Moreover, what should be the role of London in a post-Brexit international legal order? What about cities in Austria? These are some of the questions dealt with in the Urban Law course. The course is apt for future careers in the growing sector of local and city governments and representation of such in international organizations but is also a good fit for academically minded students.

Institute of the Foundations of Law

Find out more about the Speaker Series on Law & Technology The Talks are open to the public upon registration.