I obtained my PhD at the University of Cambridge, UK, in 2004 with a thesis on evolutionary game theory and the aggregation of risk-preferences. From September 2003 to March 2011 I was Assistant Professor at the Department of Managerial Economics and Decision Sciences (MEDS) at the Kellogg School of Management, Northwestern University, Evanston, IL, USA. From April 2011 to September 2015 I was Professor of Economic Theory at the Center for Mathematical Economics (IMW) at the University of Bielefeld, Germany. Since October 2015 I am Professor of Microeconomics at the University of Graz. My research currently focusses on the development of the theory of strategic interaction and its application to the social sciences. 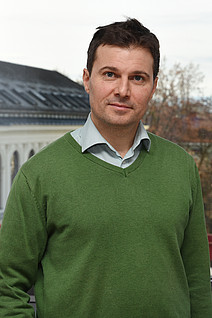